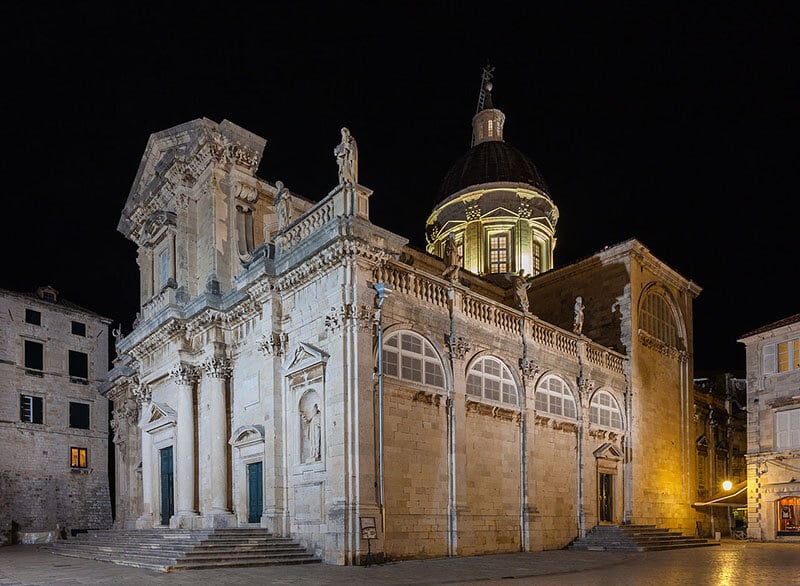 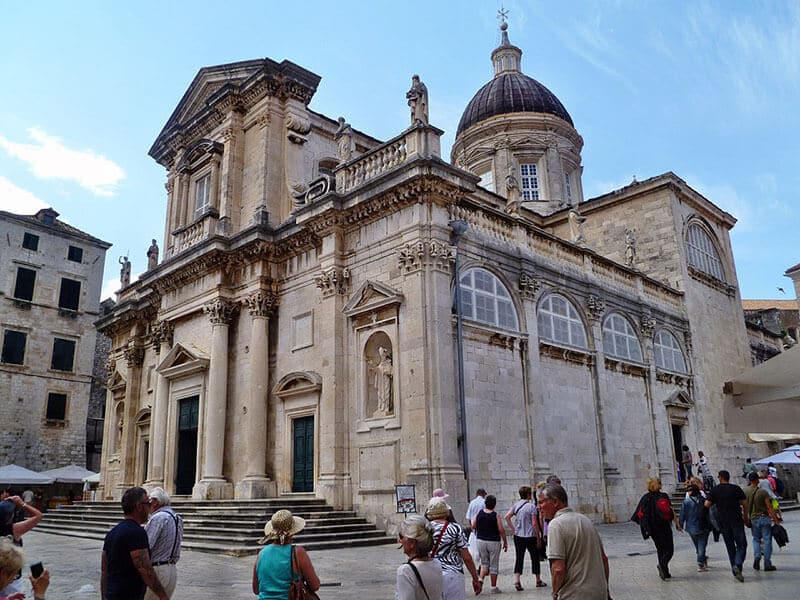 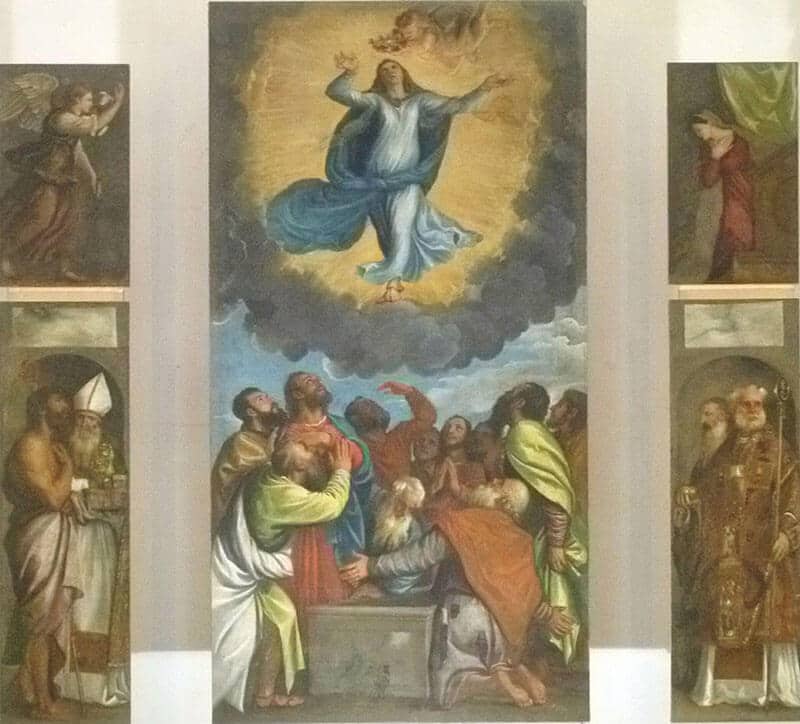 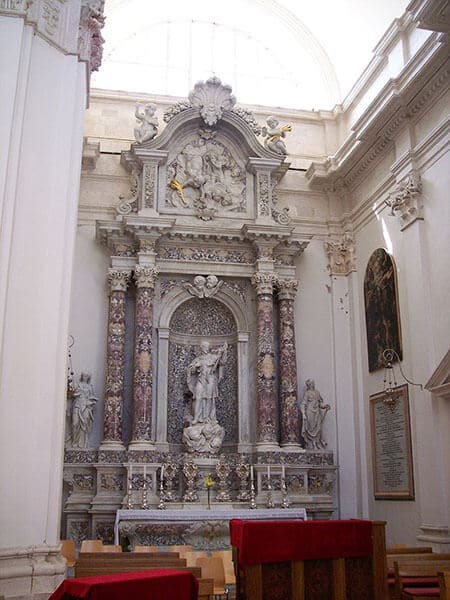 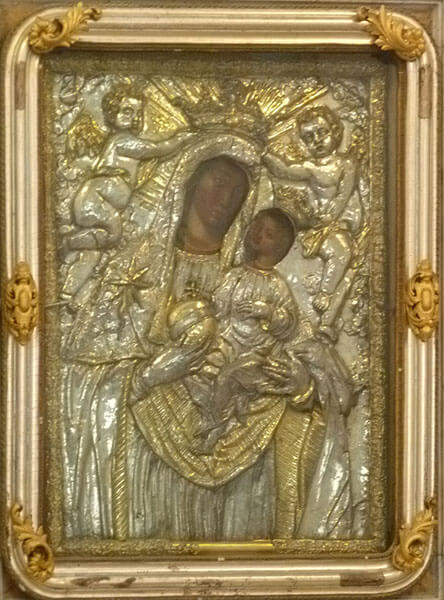 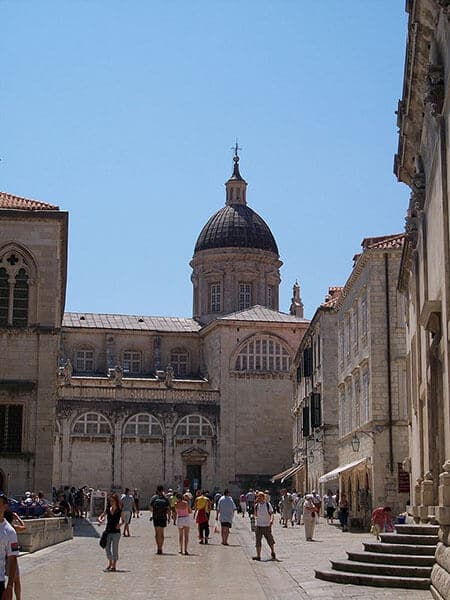 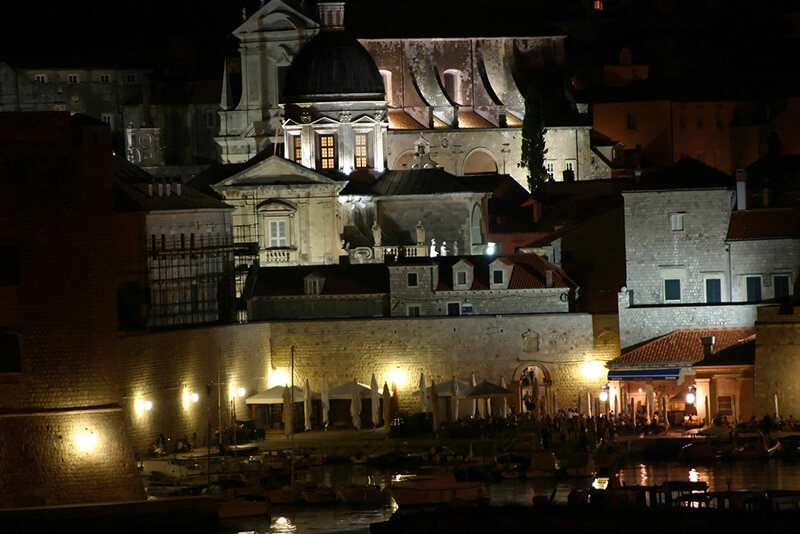 The Assumption Cathedral (Croatian: Katedrala Velike Gospe, Katedrala Marijina Uznesenja) is a Roman Catholic cathedral in Dubrovnik, Croatia. It is the seat of the Diocese of Dubrovnik. The cathedral was built on the site of several former cathedrals, including 7th, 10th and 11th century buildings, and their 12th century successor in the Romanesque style. The money to build the basilica was partially contributed by the English king Richard the Lion Heart, as a votive for having survived a shipwreck near the island of Lokrum in 1192 on his return from the Third Crusade.

This building was largely destroyed in the earthquake of 1667. The Senate of Dubrovnik appealed to the Italian architect Andrea Bufalini of Urbino, who sent a model for the new church in Baroque style with a nave, two aisles and a cuppola. Several other Italian architects including Francesco Cortese (present from 1669 until his death in 1670), Paolo Andreotti of Genoa (present 1671­ – 1674), Pier Antonio Bazzi of Genoa (present 1677­78), and friar Tommaso Napoli of Palermo (present 1689 -­ 1700), all working with local and imported stonemasons, completed the Cathedral over the next three decades. Napoli made several crucial changes to the original plans including the use of a cross vault and the opening of large thermal windows at the upper level. This gives the whole interior a lighter and brighter feel. The style of the Cathedral is in keeping with the esthetics of Roman Baroque architecture as practiced by Bernini, Carlo Fontana and their 17th century contemporaries. The building was finished in 1713 by the Dubrovnik architect Ilija Katičić. 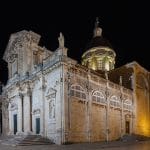 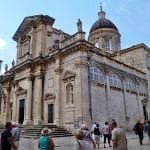 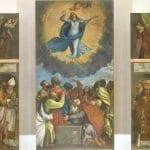 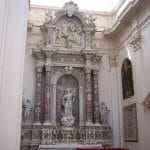 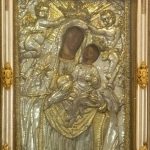 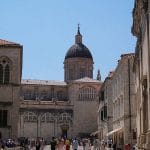 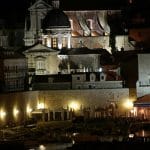